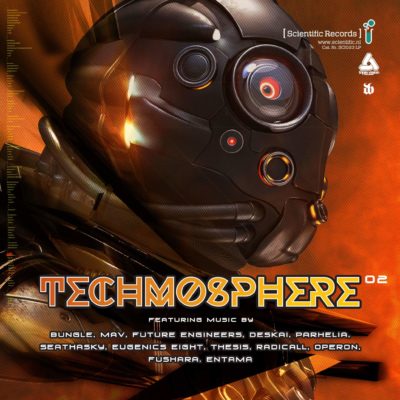 Having formally trained at the School of Audio Engineering in Paris, France as a professional sound engineer, Oliver Reissig (also known as Deskai, Synox, Dubaxis and Spasmik) has continued his musical ambitions as a versatile producer, DJ, drummer and mastering engineer in his home base of Berlin, Germany.

A drummer since 15 years, Deskai developed skills as a composer and racked up countless hours, both in the studio and on stage with numerous bands, varying from Jazz to Hardcore Metal. The various musical directions he encountered along the way allowed him to establish his own style (under many guises and nicknames) in the vast world of electronic music. His great fondness for the music and club scene of the 90’s has inspired him to produce and mix tracks influenced by this legendary period in music history. To bring the masses a fresh sound created with an old school style, yet with new production techniques, has driven Deskai to continue on his path as both creator and lover of music.

After countless years organizing and performing in metal music concerts, Deskai decided to turn his attention to the electronic music scene. The years 2012 to 2014 saw him firmly establish a career both as a DJ, and, alongside good friend Lenny Shogun, coordinate and organize regular events such as Subwax and Groove Station. DJ and promoter, with residencies at parisian clubs Le Batofar, Glazart, OPA Bastille, and 4 Elements, he’s shared billing with various artists from the Techno and Drum & Bass scene.

A notable chapter during this period was Deskai’s winning entry in a contest organized by the legendary Renegade Hardware label. His deft skills behind the decks led Deskai to perform at « Subland » alongside the label’s head DJ Ink and Cold Fusion at a truly memorable « Renegade Hardware Session » held in Berlin.

Since 2017, Deskai took all his energy in building a professionnal mastering studio. A lot of new tracks have been created parallel to this and will be released during 2020 – 2021. For sure, atmospheric drum & bass but also experimental techno breaks should see the light soon!